February 22, 2019 Posted Under: Uncategorised No Comments

Experts’ Choice Awards, now in their third year, reflect the consensus of journalists and other professional travel writers. The 2019 awards are based on more than 1.5 million reviews. Fewer than 2% of hotels worldwide have received an Experts’ Choice award.

With accolades from sources like Oyster, The Ocean Residence Langkawi is featured on TripExpert.com as one of the best hotels in Langkawi.

The Ocean Residence Langkawi has also received TripExpert’s Best of Langkawi award. According to expert reviewers, it is among the top choices for accommodation in Langkawi.

Founded in 2014, TripExpert is the first service to aggregate expert reviews for hotels, restaurants and things to do. It brings together over 85 leading travel publications. The company is based in New York City. TripExpert has been featured in The New York Times, GQ, The Daily Telegraph, and other publications.

The Ocean Residence Langkawi on TripExpert

About the Experts’ Choice Awards

I like the greenery and the gorgeous plants all around the resort! They have three nice clean pool, here is one of them – the amazing infinity pool that overlooks the sea and surrounding islands. 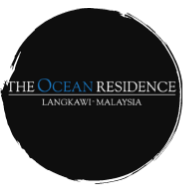 Install this The Ocean Residence on your iPhone

and then Add to Home Screen

×
Enable Notifications OK No thanks